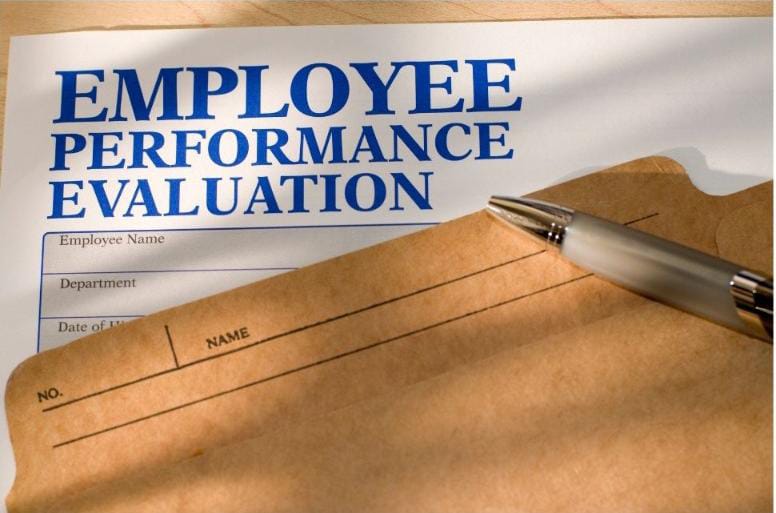 The key to strategy implementation is employee performance management. It is the most important business process that HR manages.

Individuals can also use it to deliver, learn, and grow.

Performance is the bedrock of employee engagement.

I was negotiating with a power generation company. In order to secure a mega power production project, the corporation submitted a very low price for power generated in a government auction. The business was unable to attain the necessary efficiency to become profitable. The Chairman realised the issue was with the employee performance management. He wanted me to meet with the CEO and the CHRO to figure out what was causing the problem and how to fix it.

The next morning, I had breakfast with Sanjeev, the company’s CHRO, before meeting Srinivas, the CEO.

Me: “What is the PLF (Plant Load Factor – a measure of plantutilization in power plants)?”

Sanjeev: “It’s between 60 and 70 percent. Srinivas will be able to tell you anything you need to know.”

Me: “When we quoted for the power rate in the auction, what was the planned PLF?”

Sanjeev: “I’m not sure, I’m fresh to the program. We’ll have to double-check with Rao, the CFO.”

Me: “What is the plant head’s target?”

Sanjeev: “To efficiently run the facility and meet all O&M (Operations and Maintenance) parameters.”

Me: “What exactly are these parameters, and are they quantifiable?”

Sanjeev: “We have faith in our senior management. They are aware of their work and they do it well. “How can we set targets for them?”

Me: “I absolutely understand your viewpoint. How do you set goals and targets for middle management and the front line?”

Sanjeev: “Bear in mind that this is not a sales organization, but rather a manufacturing facility and plant. The plant is self-contained. All of the individuals’ jobs have been defined. They go about their work.”

Me: “How do you evaluate the employee performance during the appraisal process?”

Sanjeev: “They do a self-evaluation, keep track of what they have done and write down what they’ve accomplished during the year. Their management will then evaluate it. To eliminate management biases, we use a skip level assessment approach. The performance is evaluated by the skip level manager. The plant’s leadership team then reviews and moderates the recommended grades. We have a system that is really reliable.”

Me: “Yes. I see that you have a solid performance management system in place. How do you rate the plant leadership teams and the pant head’s performance?”

Sanjeev: “The plant head evaluates the plant leadership team. At this stage, he usually uses his judgment and there are no documents to fill out. We have faith in his judgment. The CEO proposes the plant head’s rating, which is mediated by the Vice Chairman. I am not involved in that process.”

Me: “That’s wonderful! What does your employee engagement survey say about the engagement level in the plant?”

Sanjeev: “The employee engagement at the plant is very low”

Sanjeev: “People are under severe pressure created by the top management”

B. CEO – The buck stops here

Sanjeev and I walked into Srinivas’s office, who had arrived by then.

Me: “Hello, Srinivas, I hope you enjoyed a restful night’s sleep.”

Srinivas: “Boss at 1 a.m., I left office. That is typical. How do you think I’ll get a decent night’s sleep?”

Me: “Why do you work till so late every day?”

Srinivas: “Performance demands. Our major plant is losing money, and we are receiving several reports and new proposals on a daily basis.”

Me: “What is the PLF that you are able to accomplish with the mid-night oil that you burn?”

Me: “What is the anticipated PLF at which you will benefit and be able to sleep more soundly? (Smile)”

Srinivas: “Well! Yes, in general. But, if you’re asking me, is it quantifiable and recorded in people’s goal sheets? Then the answer is no. Sanjeev and Rajesh (Plant Head) have not done anything despite my repeated requests. However, this may not be enough to solve the problem. PLF of 88 percent was obtained by the best plant on the planet. We will never make a profit at this price. Something must be done about the price.”

Me:“Well! Can we at least reach a PLF of 88 percent and reduce our losses? You can try to bridge the rest with pricing negotiations.”

Srinivas:“That sounds like a good plan to me. Do you believe that by properly creating goals and measuring people’s performance against them, we can raise our PLF from 67 percent to 88 percent?

Me:“Without a doubt! (Smile). If Rajesh and you understand what you need to accomplish to get an 88 percent PLF, we can hold every individual accountable for his contribution towards achieving a PLF of 88%. I believe that information exists because Rajesh, Rao, and other leaders, along with you, visited the Chinese facility that achieved 88 percent PLF.”

We wrapped up our conversation and exited his office.

C. The Problem of employee performance – Lack of basics

This business seemed to me to be all about hitting the ball in any direction and then putting the goal post where the ball crossed the boundary and calling it a goal. As a result, they achieved all they could with some random motion. It’s no surprise they’re losing money and the CEO, Vice Chairman, and Chairman are having trouble sleeping.

Sanjeev, Rajesh, and Rao helped me set the targets and cascade them down to the last mile. This provided clarity to everyone about what was expected out of him/her. The employee engagement went up. People started delivering. Rao eventually became the plant’s CEO and instituted a monthly review procedure. The plant became the world’s most efficient plant as it achieved a PLF of 98%.

In India, at least 50% of businesses do not have a goal-setting process. It can only be found in manuals. People are urged to do their tasks well. People’s accomplishments become goals at the end of the year, resulting in much reduced performance. Everyone is evaluated as a high performance, and incentives and increments are distributed in about equal amounts.This does not lead to high employee engagement. There is no motivation to outperform, people are encouraged to do less the following year and still be classified as high performers. The business enters a downward spiral and usually does not survive.

EMPLOYEE ATTRITION: ALL YOU NEED TO KNOW ABOUT IT

Engage Employees – How much disengaged employees cost you?